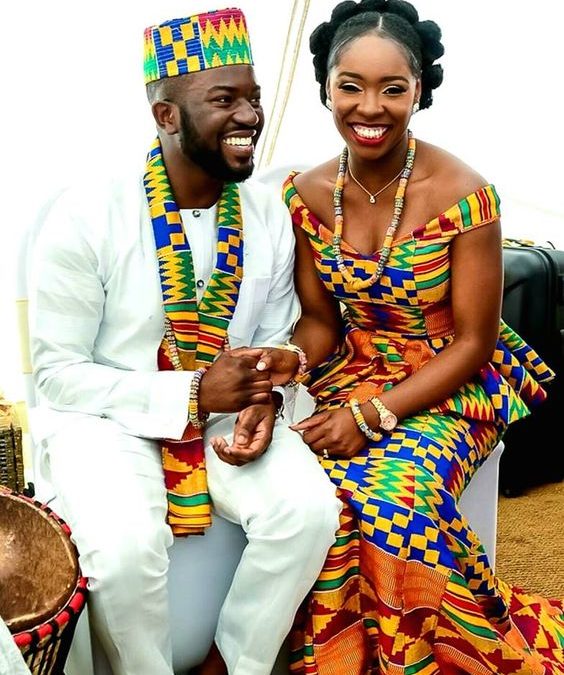 It is known, that through the passage of the Trans-Atlantic Slave Trade, Black families were separated and torn apart.  Once held captive by European and Arab colonizers, the unexpected separation of mother from father and daughter/son was inevitable.  The average slave was sold four times in a lifetime, which meant many marriages were destroyed when one person was auctioned off.  African men and women faced a grim reality as they sought to form and maintain family bonds.  The expression of Black Love became a revolutionary act.  A direct rebellion against European rule.  Black Love, the Akoma way is still very alive today and we are celebrating the expression of this love.

African tradition has blessed the ceremony of love with an ancestral legacy that continues  ~ known to us today as, “The Jumping of the Broom”.  For centuries, African families have used the tradition of “Jumping the Broom” to represent the union between man and woman.  Let’s talk a little bit about the history.

“Jumping the Broom” is a symbol of sweeping away the old and welcoming the new, or a symbol of new beginnings.”

Many of the traditional rituals of our past, those practiced by our ancestors, were not allowed.  Much of our heritage was lost during this transition from being captured, to being initiated into the slave trade.  But, many were protected.  “Broom Jumping” isone of the few traditions that we’ve held on to and passed down from one generation to the next.  The significance of the broom to African American heritage and history originates in the West African country of Ghana. The broom in Asante and other Akan cultures of Ghana also held spiritual value and symbolized sweeping away past wrongs or removing evil spirits.

Today “Broom Jumping” is a ritual that reminds usof a time when our vows were not legally sanctioned. During slavery, our ancestors sought the legitimacy of marriage by jumping over the broom and into the bonds of domesticity. For our ancestors, this small ritual was a legal and bonding act connecting them with the heritage of the home land and giving legitimacy, dignity and strength to their unions. In their eyes this union was now sanctioned by “the almighty”.

There are many ways to incorporate the “Jumping of the Broom” in a ceremony today.  But more importantly, many of us have chosen to honor our African roots by recreating the textiles and touch of Ankara patterns in their wedding ceremony, along with the jumping of an Ankara inspired broom.

Enjoy the variety and feel free to be inspired.